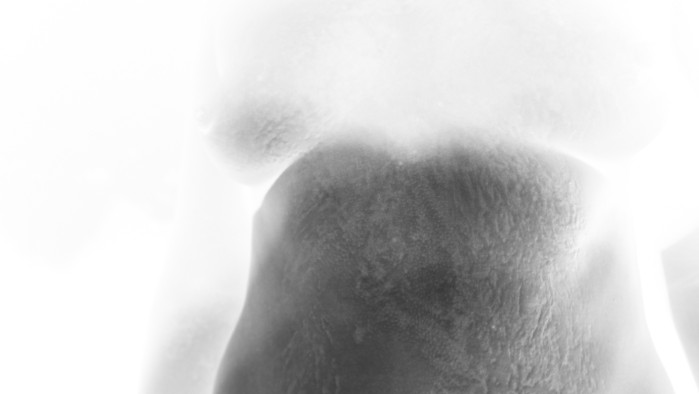 This work was initially conceived as a dance performance, but through the process I realised it needed to be a durational work. For this work I was really trying to find my voice and create a connection between it and my movement. I was using voice as a means to process embodied memories and information that I found present in my body at the time. I recorded these sound responses and then re-processed them for a second time in a program to create a sound-score for my work.

The questions most present in my mind during this process were related to what a body contains, and where the boundaries of a body/ a being are. I went through a process of filming my body in motion, often very close up, as a means to explore the idea of a dispersed presence. I then created a film with the sound score and footage which played on a loop for the duration of the performance. In another corner of the venue I lay on a large rock. My physical presence was deliberately understated as I wanted the digital work to take up more space in the room.

The still images are digital manipulations of the marks the rock left on my skin, and of the rock itself. 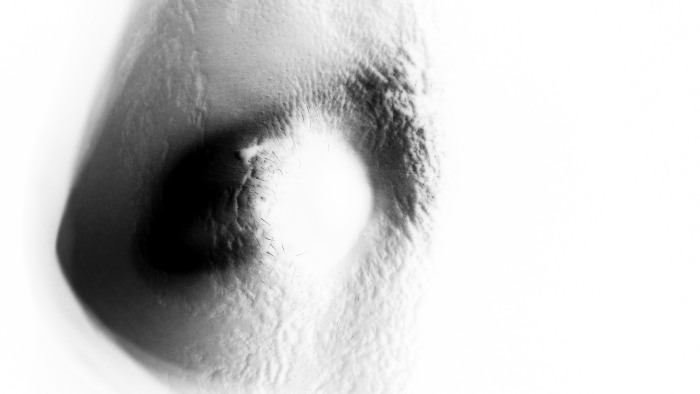 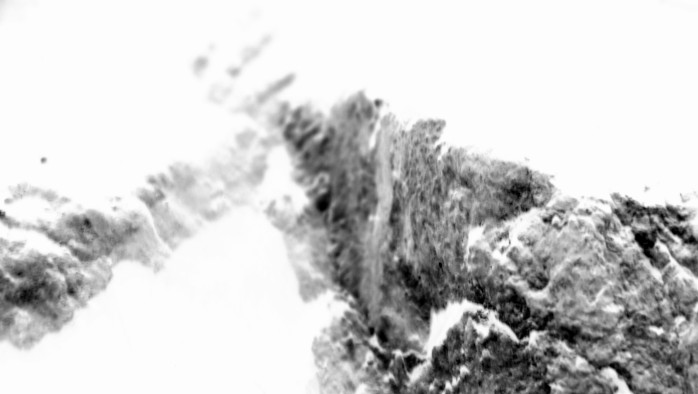 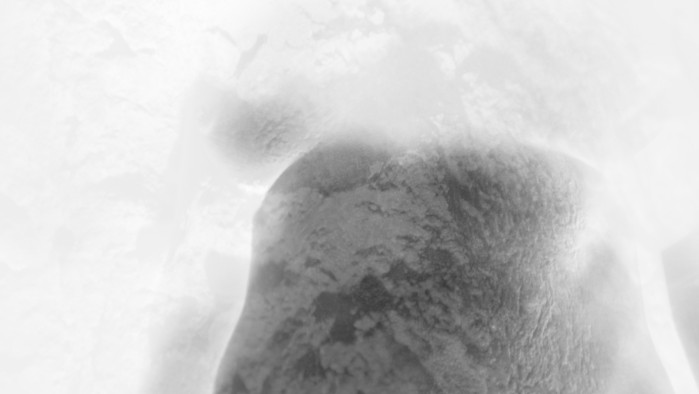 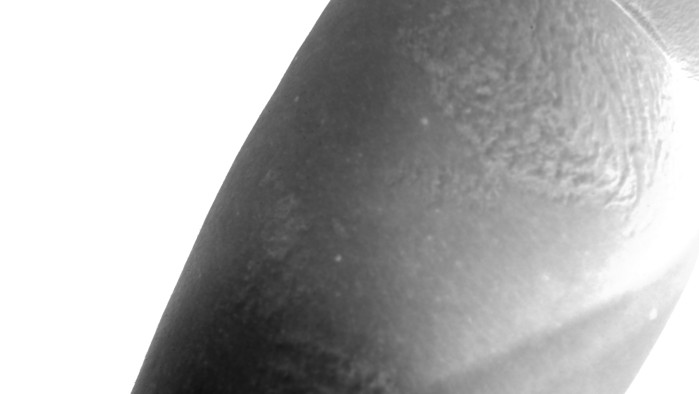 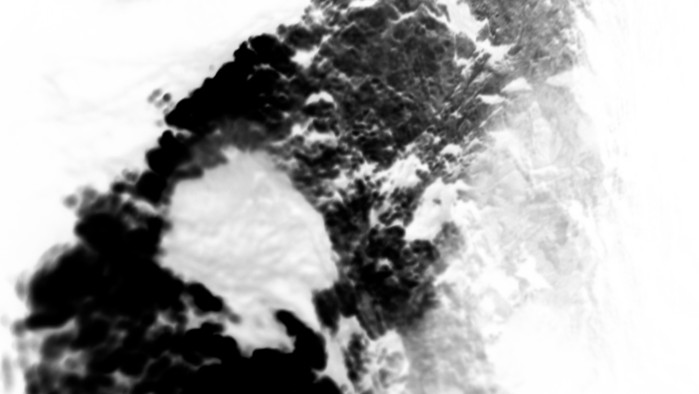 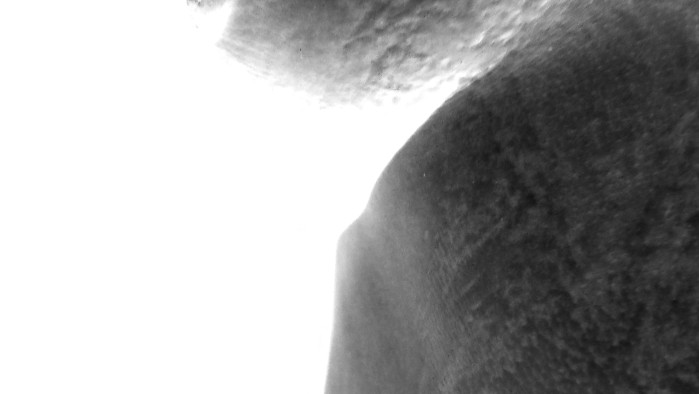 When we were older was an extension of some of the ideas present in Split. At the time of creating When we were older I was interested in creating an ambiguity of space and time. I hung a lot of chairs from the ceiling and also attached the corners of my wide costume to the ceiling, so that it would lift and rise as I moved very slowly around the room. I perceived the dress as an extension of my skin, which created a deformation of my human form and an extension of my presence. I found my proprioception built throughout the performance to encompass the dress, as well as the beams to which the dress was attached. Finally, I also covered my entire face, so that I could not see. I was interested to know what would happen to my other senses if I shut off my very dominant vision and was also interested to know how this this visual confusion of form affected the audience, in conjunction with the hanging props in the room. 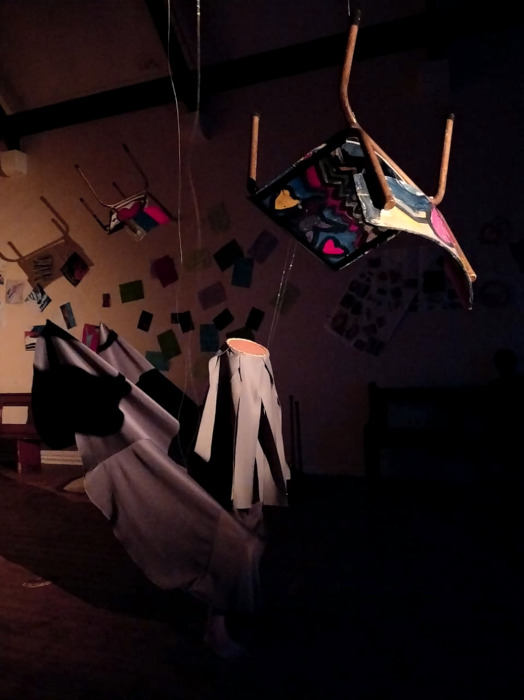 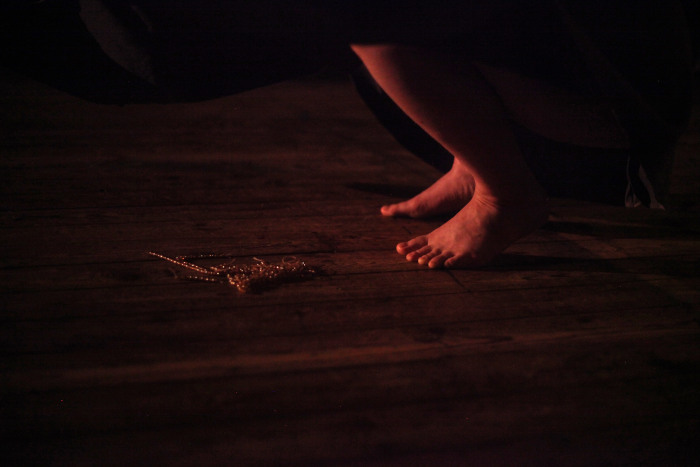 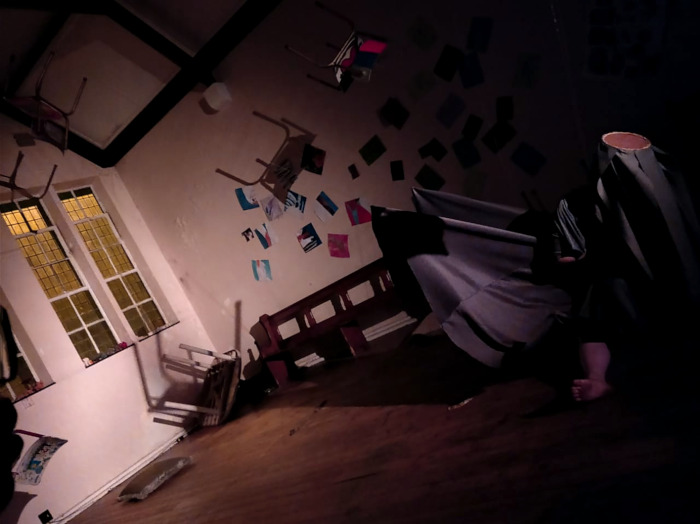 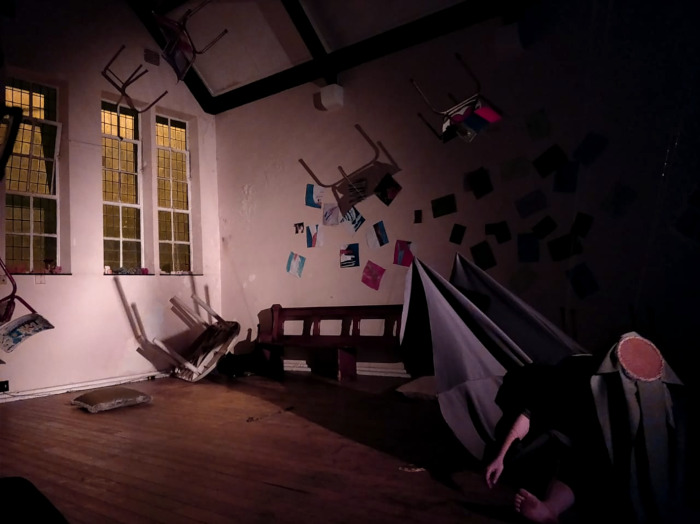 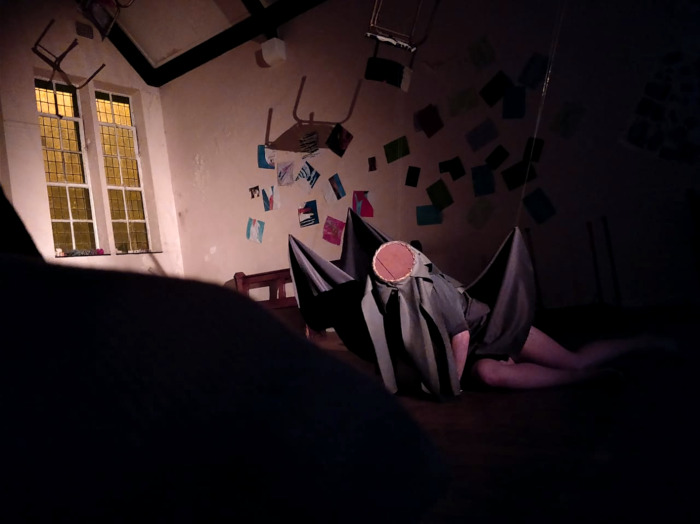 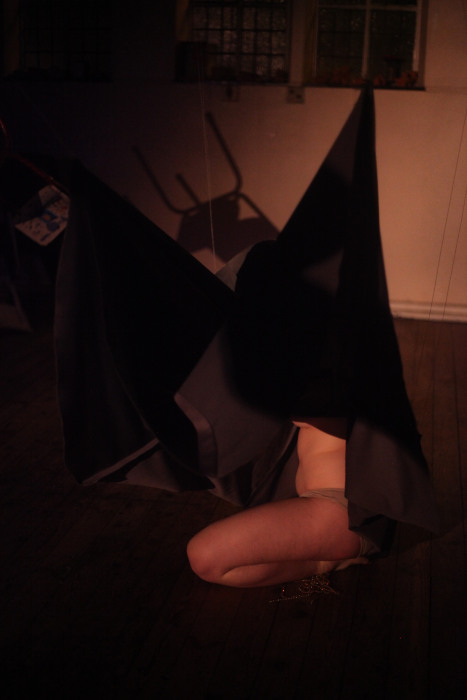